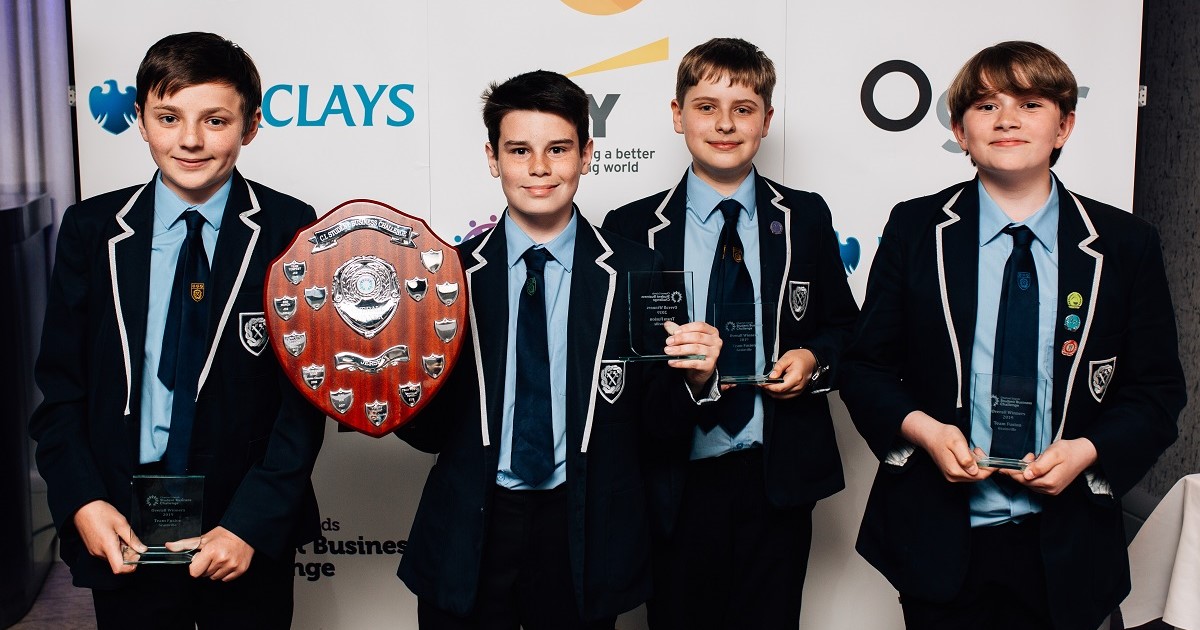 Grainville took the top awards at the Channel Islands Student Business Challenge awards ceremony on Thursday 23 May 2019 at the Royal Yacht.

The Overall Winner was Team Fusion from Grainville.

Further awards were presented with New Light from Grainville winning the Overall Community Award in Jersey for their business collecting recycled jars and candle wax from the local community.  The judges also gave a special award to More From The Shore from Grainville in recognition of the outstanding quality of their sea glass and pebble pictures.

Additional awards were also given to teams at each school who excelled at marketing as well as to the teams that demonstrated the best understanding of how to make their business profitable.

The Channel Islands Student Business Challenge involved teams of students from schools in Guernsey and Jersey working with mentors from corporate partners at Barclays, EY, Ogier and Sure to create and run a business over a ten-week period. A total of eighty teams took part in this year’s Challenge from six schools in Jersey plus three schools in Guernsey.

Each team was given a loan of £100 to start their business. The eighty teams collectively generated revenues of nearly £33,000 and have donated more than £7,500 of their profits to charities including local charities such as the JSPCA, Durrell and Jersey Hospice.

Paul Savery, Managing Director for Barclays, Channel Islands said “All the teams have generated an impressive return on investment in a very short space of time and they should be very proud of themselves. The judges were enormously impressed with the hard work and entrepreneurial spirits of the winners.”

John McGuinness, Executive Headteacher at Grainville and Haute Vallee schools in Jersey added, “The students who participated in this year’s Challenge have been on a steep learning curve. They have developed their teamwork, financial understanding and started to develop key business skills which will stand them in excellent stead in the future.  They’ve also had a lot of fun.”

The winning teams were:

Beaulieu - Light Up a Life

A special award was also presented to More From The Shore from Grainville in recognition of the outstanding quality of their sea glass and pebble pictures.